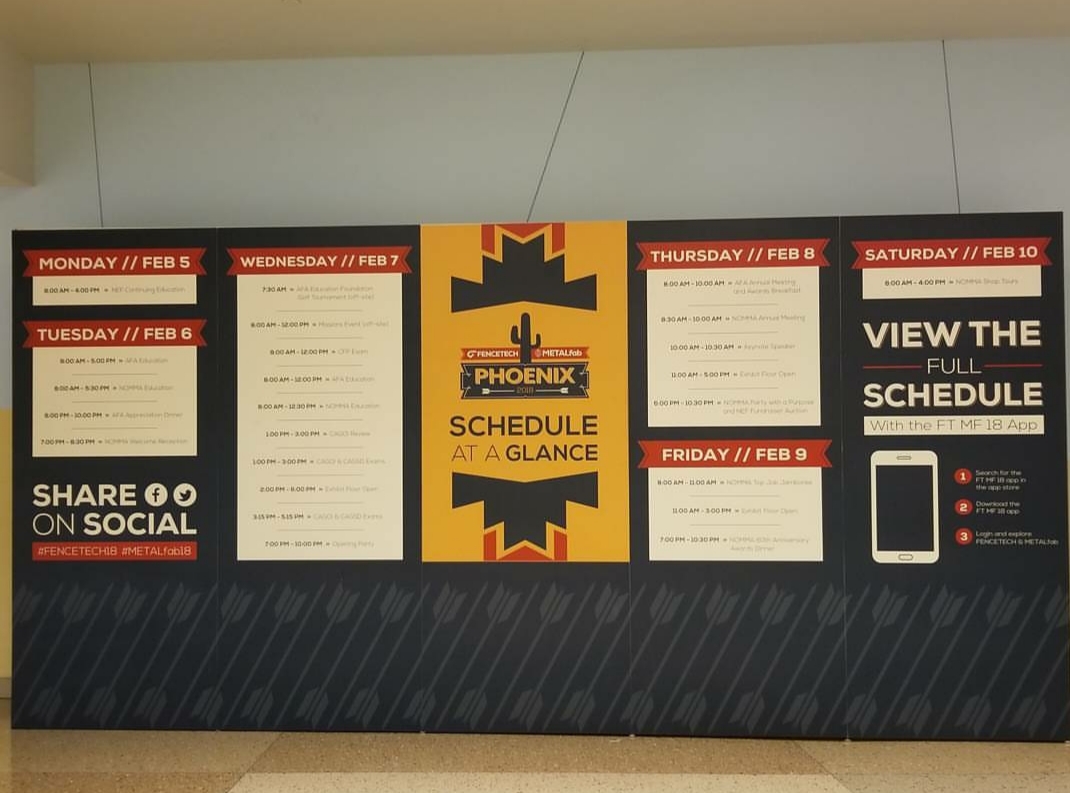 Far North went as attendees from Chicago to the FenceTech 2018 trade show in Phoenix; unfortunately we could only attend one day, but we made it count!

On Wednesday, February 7th, the exhibit opened at 2 PM and the team visited over 40 booths! There was a booth with a tiny golf course, one with live welding, and even one with a dunk tank! Several booths that had samples of their product and parts and pieces of actual fences as well.The smell of popcorn filled the mid section while the colorfulness of the different logos captured all eyes. There were bowls of candy for the kids who were there and for any adult with a sweet tooth (like me). Everyone was smiling, talking, and seemed to be having a blast (especially when the free beer came). Honestly, if I was dropped in the middle of it, I would never have guessed that it was a fencing trade show!

The exhibitors were informative and many were passionate about what they do. I met the head of a company, the inventor of a product, and a worker who started barely a month ago; there were people who knew everything and people who are still figuring it out. I saw a lot more young professionals than I expected and was very refreshed by the age diversity among exhibitors as well as attendees.

We learned a lot about other companies such as Tenax, Gorilla Lighting by Waypoint, Trex Fencing, and Privacy Link to name a few. We look forward to any potential business we may have and genuinely would have had a good time regardless of any business.

Thank you to everyone who talked with us and even to those who we didn’t get a chance to meet. Until next time!