This week holds one of the most important days in US history: the start of the Revolutionary War. Here are brief descriptions of powerful events that led our forefathers to revolution.

In the years 1764 – 1767 King George III threw act after act at the colonists such as the Stamp Act and the Sugar Act, all the while being a terrible tyrant during his whole reign. British troops occupied the colonies and tormented the settlers who wished to start a new life apart from the motherland. The soon-to-be-free people were suffocating under the Crown and were determined to create more than enough breathing room.

British troops oppressed every colony in America and the people in Boston had had enough one day in the March of 1770 and started hounding the troops in front of the custom house. One man hurled a snowball at a British soldier which sparked the Boston Massacre where five civilians were killed and six more were injured. Boston was furious, but they did not let that tragedy kill their longing for freedom. 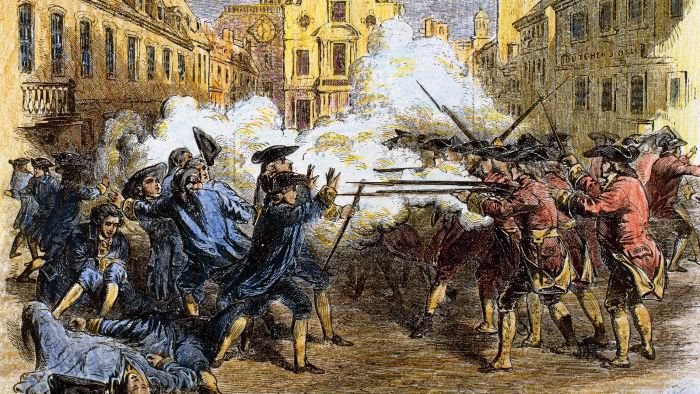 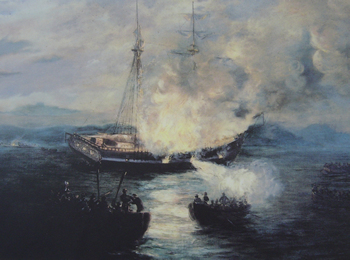 A lesser known event on the path to revolution was the Burning of Gaspee in 1772. A British ship was sent to Rhode Island to enforce trade laws and to stop smugglers, but a man named John Brown rounded up a bunch of people to see to the destruction of the ship. In the early morning of June 10th, the Gaspee burned and the British were never able to learn who was behind it. The unification and spirit of those colonists spread through to others and lit another fire for rebellion.

The people were used to protesting acts and rioting against British soldiers, but in 1773 the Tea Act was passed which set the colonists off harder than the previous acts. King George III had no problem exercising his right to taxation without representation, but his people were enraged. They were convinced that the act was a way of manipulating them into buying into the East India Trading Company of which members of Parliament have highly invested in. But the colonists knew better. On December 16th that same year the Sons of Liberty dumped £9,000, or $1 million in today’s amount, worth of tea into the Boston Harbor. The British responded by sending out more acts and troops to close the harbor as a way of making an example out of Boston, but it only fed the tension.

In September of 1774, the restless British subjects formed the Continental Congress to openly oppose the king and to spread the idea that they could be free, be their own country away from British authority. They fought to repeal the Intolerable Acts, they began boycotting British goods, they raised their own militia, and they started to form their own government. The colonies have been boiling for years and were now screaming for a drastic change; war was on the horizon.

Then, on April 18th, 1775, Paul Revere took his midnight ride to warn the militia that the British were coming. Within hours, on April 19th, this same week over 200 years ago, the Battle of Lexington and Concord broke out; the “shot heard around the world” where there was no turning back for the colonies and where the British retreated from the first battle of a pivotal war. The rest is history: George Washington’s leadership, the loss at Bunker Hill, Benedict Arnold’s betrayal, the French aid, the turning point in Saratoga, and the victory in Yorktown in 1781. This country was built on the backs of strong-will people who, through oppression and through so much death, never surrendered their inalienable right to freedom. 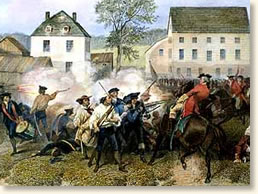